You’ll be surprised at how many young black people don’t pay attention to the news…
Locally or globally…
You live everyday on this earth…Full of tragic accidents and incidents…
A lifetime of bullshit…
Political issues and debates for implementing new ideals…
& a new curriculum for better conditions to better all people…And you don’t know SHIT…
Its a fucking  shame how you live in a place…And nothing matters other than what you see on a soap opera…
Get involved with your world environment…
It is a part of you…
WORLD NEWS. 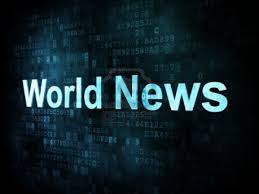 My nerves is shot @ this point…don’t fucking argue me to death about I didn’t call your phone @ all. …
when you claim I didn’t. ..
& the stupidest shit is. ..Dumbfounded bastard didn’t check his missed call list before talking shit…
I’m thinking this fool done checked his list. ..
Until he says let me check my missed calls…DUH! …
then this stupid muhfucka  says…
“I DIDN’T HEAR IT RING” …
& His phone on silent.

It’s rough on a relationship when the bed doesn’t sing anymore…You’re still in love…But it’s gradually fading away…Along with everything you two worked so hard for a relationship to survive…Trouble cannot help….It can only ruin what is there  in Paradise making it worst.

This is pertaining to all music singing  & dance shows…How is it a Japanese, German, Greek, Puerto Rican, Portuguese, White & any other nationality…Can be an expert on who’s a good talent on blues, soul, & rap music…This is the most ludicrous bullshit created for TV…That’s like trying to show me how to do the James Brown…Im-fucking- possible…America again with more tricks…Shit is a fucking joke…Check the HISTORY of who’s who…can’t teach a brother soul…

In love with an illusion

a lot of people are in relationships with illusions. whoever you believe they are but they aren’t, not to put blame on either party. Some people sell themselves, they put on a lot of extras in the initial.. & they try to stay that person. Some people won’t accept the other person any other way beyond their imagination ..not realizing that, that’s who they are, they’re showing you that this is them.
People change all the time, not as much as they’d like to know or pay attention to, because they don’t wanna change, but it’s true…so in a relationship, if you don’t honestly love that person, you will not accept the changes. . And most of the time, it’s not that they don’t wanna accept the changes, it’s that they’re worried about what everyone else would think about this new person you’ve become.
#ButHey ..

From where does annoyance grow?

God said:
When you feel annoyed with someone, no matter how rightfully, no matter how much he or she may be in your face, breathe. Take a moment to reconcile yourself with the recollection that within the annoyance within yourself and within the annoyance from an another, I AM. Within you who may be hotly annoyed, I AM. Within the person who is so easily annoying you, I AM. I may be covered up. I may be discarded for the moment, yet I am not absent. There is no one on this Earth who is not Myself. I AM you. Perhaps annoyance raises its head so that you may remember Me.
You may have buried Me. The other person may have buried Me. Neither of you may think of My existence. Assuredly, you are not when annoyance and irritation take over. You are responsible for forgetting. You are responsible for being blind. For a moment you are derailed by a detail of life. For a moment you chose to be irritated rather than to love. Human beings tend to confine themselves to a place of annoyance and waste too much time and space when they have the whole world to choose from.
Read more: http://the2012scenario.com/2012/10/from-where-does-annoyance-grow/

He & her meet every morning for a 3 mile run…They sit to catch their breath afterwards…Then they start with the small talk…Which isn’t a part of jogging…What is so important that it couldn’t be discussed on a 3 mile run…You have to engage in a new conversation that pretains to nothing involving jogging…You mean to tell me because I run with you every morning…I have options to choose from now…Like going to lunch, movies or even meeting @ the club for drinks…So are we jogging & dating…Cause from where I stand…When you’re in a present relationship…That’s called cheating…Even though it’s no sex…

Today, my fiancé’s parents visited. I keep chickens out in the backyard,for their eggs, so we had a connection.
They told us to leave the house while they cooked us dinner, when we returned, we faced two steaming plates of fried chicken. MY chickens.They had names. FML 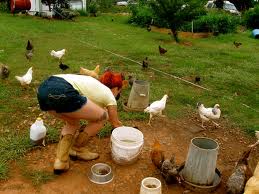